Angular and futuristic in shape, the Tele 2 Arena stadium in Stockholm Globe City posed an interesting modular design challenge. The exterior walls lean outward to form a bowl, so the design team modelled the entire construction process digitally before the manufacturing and offsite construction process began.

This was a very large offsite design and manufacturing project. Teams of engineers in seven different cities across Scandinavia worked collaboratively and digitally on the model, resolving the various structural design issues inherent in the desired shape of the stadium. The modular components and panels they designed were manufactured in at least 15 different factories across Europe, then shipped to Stockholm. 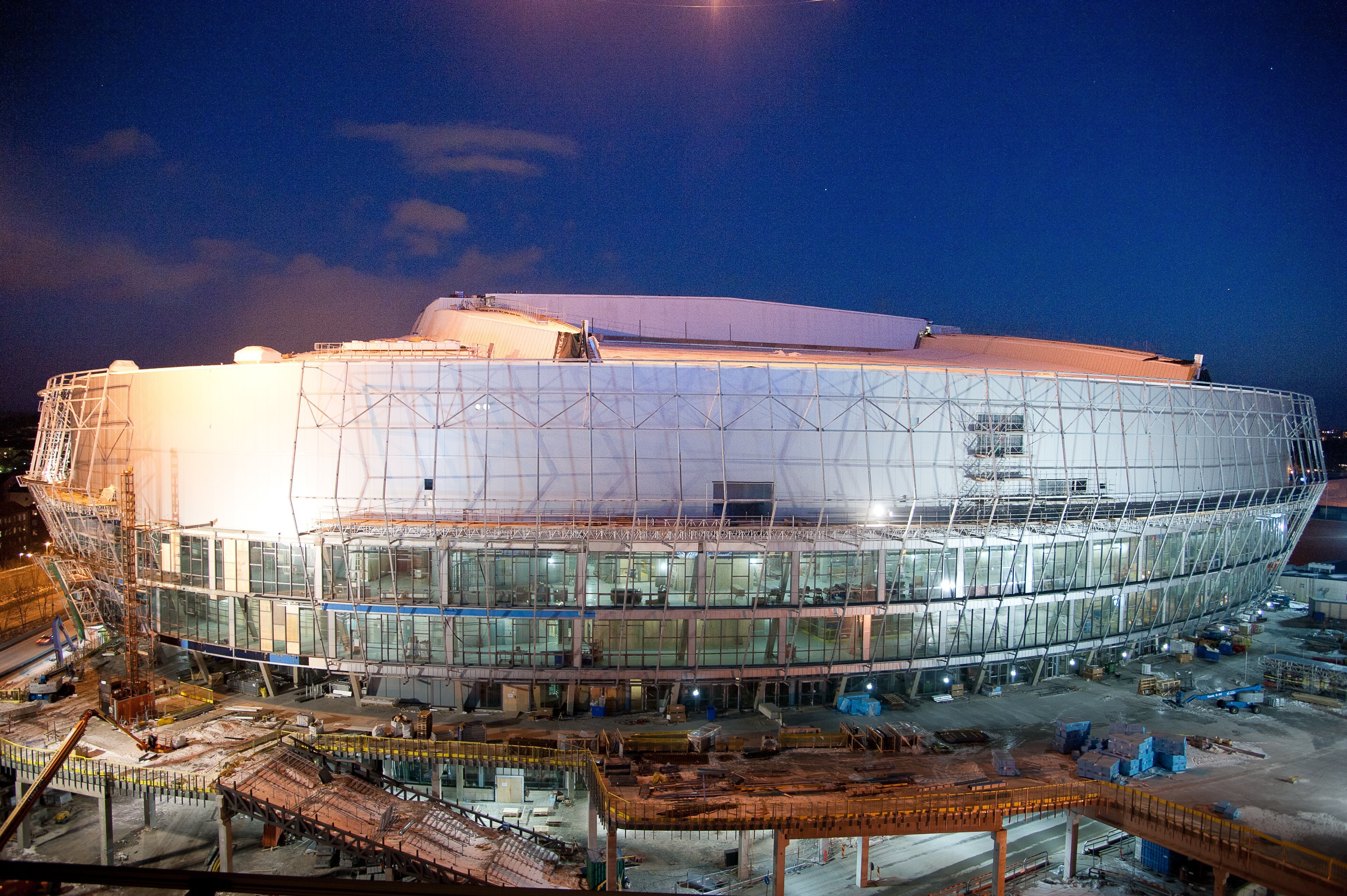 The advantage of designing and developing the project in this way was the speed with which the stadium was constructed onsite. It took approximately 18 months from start to finish, with much of that time spent on the foundations and the steelwork that supported the panels while they were fixed into place.