Blank Canvas: Can We Make A Totally Recyclable Building?

Monica Von Schmalensee, Chief Executive, White Arkitekter
“In a circular economy, how could we design a completely recyclable building? How do we recycle a building or materials in a way that we could really benefit from? Looking back on traditional constructions, old timber houses were often moved, so it should be possible with more natural materials such as brick, wood and glass. If the car industry can do it, we should be able to do the same.”

One problem, three engineers, no constraints

1. Reuse is better than recycling

Tom Wood, sustainability and climate change associate, WSP
Increasingly we have approaches that can offer highly recyclable construction. What holds us back is the trade-offs.

First, we need to be clear on the distinction between recycling and downcycling. In a circular economy, recycling means using the materials again at a similar value level. In the UK, we recycle a high level of the waste from construction and demolition, but most of that is actually downcycled. For example, concrete is crushed and becomes, at best, an aggregate replacement, offsetting the need for virgin aggregate. At worst, it’s just used to fill holes for landscaping. That’s certainly better than landfill, but a lot of the value is lost.

Then there’s the difference between recycling and reuse. You could deconstruct the building, take out a steel beam, melt it down and create something new out of the same steel. That type of recycling maintains its value but takes quite significant amounts of energy. Reuse is higher up the hierarchy and more desirable in circular economy thinking. You could reuse the beam for the same purpose in another building, but a strict reuse without altering the material or the building element is harder. The beam may have deteriorated, and the size, form and specification of the original elements may not be right.

Standardising building elements would be one way to maximize reusability. They also need to be extremely durable so they last, not only for their first lifetime, but also cope with being deconstructed and moved to a different site for their second use. If you put all your effort into making a building where everything is reusable, you might have to over-engineer it or use such strange elements that you end up with a poorly performing building. 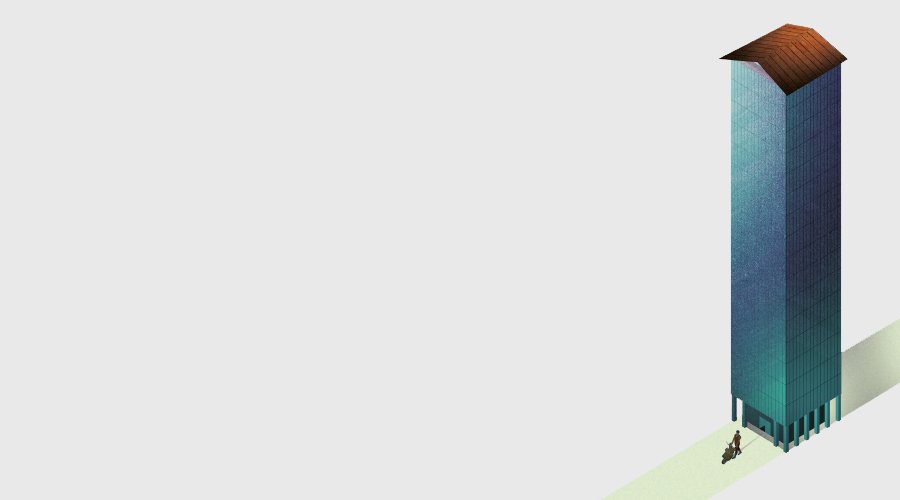 “If you put all your effort into making a building where everything is reusable, you might have to over-engineer it or use such strange elements that you end up with a poorly performing building”

I can foresee some big challenges around the financing and economics too — buildings are generally so long-lived that the people who build them are not the ones who will reap the benefits from recycling and reusing the materials.

One way of keeping materials at a high level is to design things to last as long as possible. But sometimes longevity conflicts with recyclability. Traditional masonry approaches are highly durable, but very poor in terms of recyclability or even reuse, as it’s essentially a composite material. The bricks or blocks are stuck together with mortar and you have to chip it all off before you can reuse them. That takes a lot of work, a lot of energy and they are often damaged in the process. There are mortarless approaches — aggregate construction blocks that slot together — but it’s a challenge to ensure the air and watertightness of the joints.

That’s another potential trade-off: between recyclability and operational performance. If you want to achieve an absolutely exemplary, low-energy building, you generally ensure that it’s highly insulated, very airtight and has lots of thermal mass. It’s difficult to do that with construction methods that also make life easier for recycling. A shack made of wood panels and metal sheets is highly recyclable because the materials are not bonded together. But the flipside is that it’s not going to last very long and there are probably lots of gaps where wind and rain can blow in.

Precast concrete or highly insulated modular components could potentially provide thermal mass and be able to be deconstructed as well. Materials like polished concrete or stones can be very expensive and use a lot of energy to manufacture. But they often present a good opportunity for reuse because if the design is done right, you can just take them off and use them again. 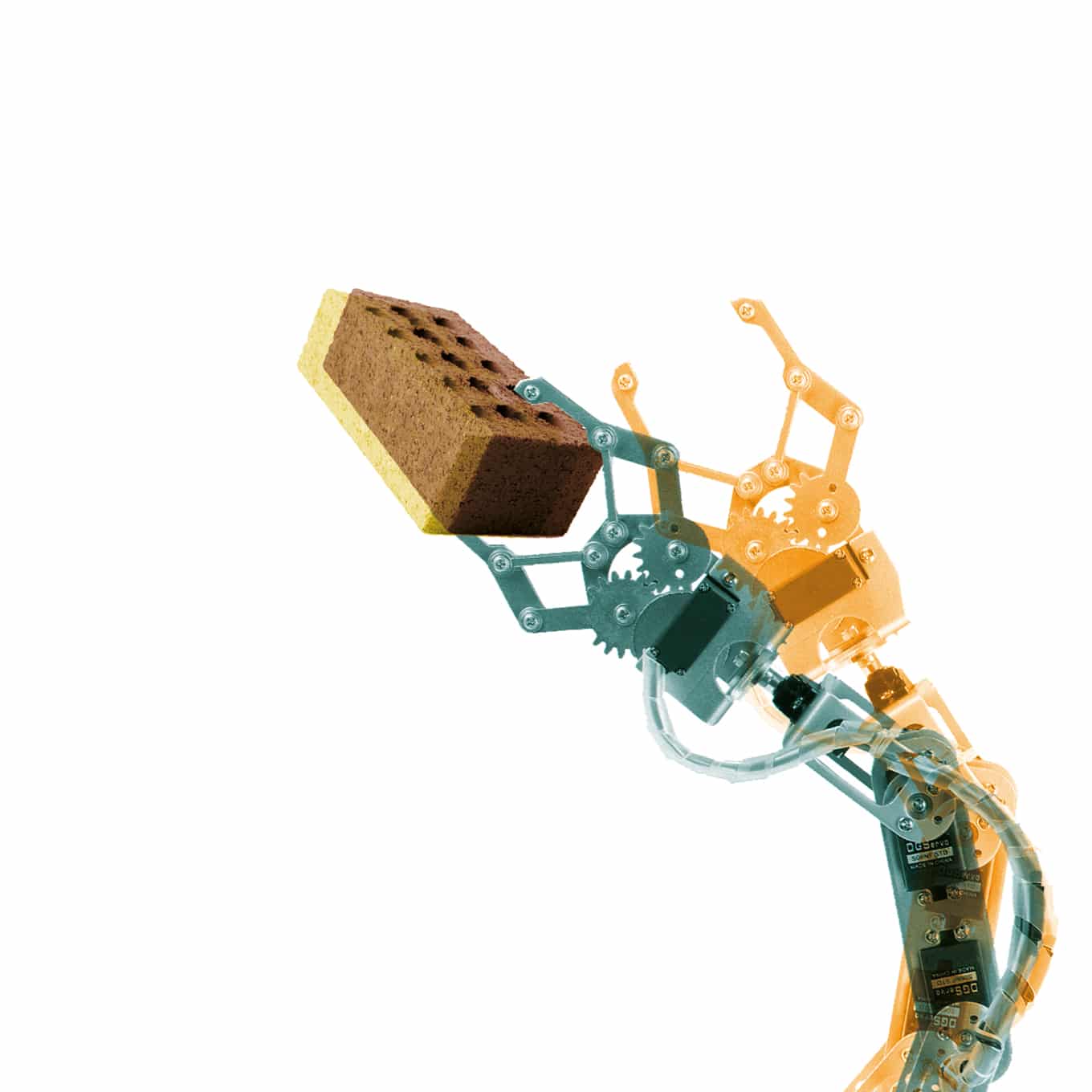 Helen Brennek / sustainability project manager / WSP / Canada
Recyclability really comes down to deconstructability. A huge proportion of building components are already recycled: crushed concrete, steel and glass, drywall, even electrical and mechanical components. We have found scientific ways to recycle these things, it’s just a matter of making it cost-effective to deconstruct them. You can use a wrecking ball and take a building down all at once, or you can have everyone go through and carefully remove all the pieces by hand. That’s not done at scale, because it’s not cost-effective.

So we need to be designing for deconstructability. For a 100% recyclable building, we need smart ways to configure it. I would be shooting for an entirely modular building. With a modular envelope, rather than separating window glass from aluminium framing, you just remove wall sections entirely and reuse them. I think that modular and deconstructable buildings will be part and parcel with automation and robotics — there could be an automated process for putting components in place and deconstructing them later on.

Here in Vancouver, the toughest aspect of an easily deconstructable building is achieving a proper air and moisture barrier. Sealants and coatings make it hard to recycle building components, but we can’t reuse them if they’ve rotted. I’m confident that we’ll be able to figure it out. I have heard of recyclable sealants, but the market demand is not there yet.

We could also design for inherent moisture resistance. In Vancouver, most of our newer buildings have significant overhangs, so the cladding is somewhat protected. So what if you had a wood frame construction that you could fully deconstruct, and a sloped metal roof with a big overhang to protect your cladding? Then the cladding could be modular to increase adaptability later on. You could just take a piece out and put it somewhere else.

But who’s going to buy the pieces? I’ve seen a lot about modular buildings going up, but I haven’t heard a lot about them being reused. Do we have a culture in which someone decides they want a used piece, rather than buying a new one?

How a building is maintained will also impact on whether it can be recycled in the future. If you’re using noxious compounds to clean your concrete, you may not be able to reuse it. Designers need to think about that, and whoever’s going to be maintaining the building needs to understand it too.

Of course, the pinnacle of recyclability is reuse — and the most efficient way to reuse is to never remove the building. To do that, we have to consider changes in weather, technology and use, and durability. An aluminium shack would be fully recyclable, but I don’t think that’s what our client would be looking for… 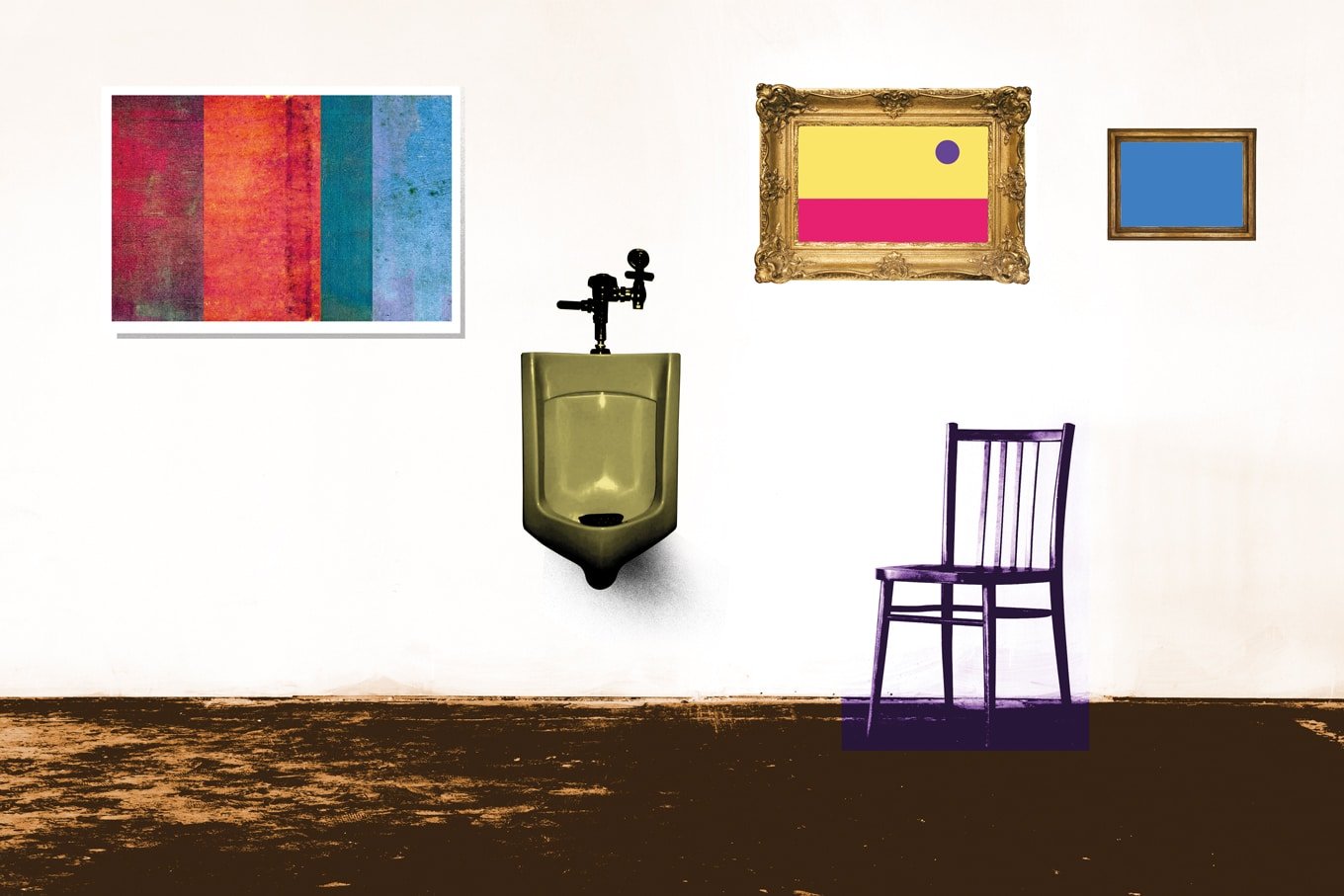 3. Use a component, pass it on

Åsa Ekberg Österdahl, Group Manager of Building Physics, WSP, Sweden
We use more building materials than we need to, just because what’s popular changes — people change the colour of their walls and their carpets more often than is necessary from a technical perspective. There are a lot of developments in recycling to deal with this. For example, in Europe, we are trying to develop the plastic recycling industry to deal with decades’ worth of old PVC flooring. But we’ve not yet achieved a fully industrialized methodology for it yet.

If you count energy recycling, I would say we are very close to recycling all construction waste in Sweden. We don’t send any organic materials to landfill. The most ambitious companies have set a goal to send just 2-3% of construction waste to landfill. They are achieving at least 5%, but that final 5% is very hard because there are some parts of the waste that we don’t want to be recycled in any way because they might include substances that are toxic or hazardous. We don’t want those materials in the recycling loop — we want them out of it.

From a chemical engineering point of view, materials such as brick and glass are quite easy to reuse or recycle. The most difficult are polymeric materials, such as PVC. There has been such rapid development and there are many additives — softeners, for example. Over time, we’ve learned more about their toxicity. To reach 100% recyclability, we need to avoid using these toxic elements in new construction projects.

But the dream is not just to recycle materials but to maintain them at the same value level. To achieve that, we need to look not only at the choice of materials, but at ways of connecting different parts of a building without using glue or nails, so we can take them apart without destroying them.

I think we will also need some kind of digital solution to find new users for the materials that we take out from buildings as they’re demolished. So if you’re in a big city and you’re taking down an office block, you need to find a user for every single element. Perhaps a customer who is not too far away, so there isn’t a high carbon footprint from transporting the components.

“If you’re in a big city and you’re taking down an office block, you need to find a user for every single element”

Construction companies already do this when it comes to stone and earth — when they’re digging out the ground and they have to get rid of it, they try to find another project that needs filling. When you’re about to demolish a house, there are companies that will come and look at what parts they could sell to another owner. They take doors and maybe windows, toilets and sinks and so on. There are companies that take the bricks from old houses and remove the mortar and sell them on. I think this market will grow, but there will be challenges — for example, concerns about quality, harmful substances and what kind of building the material has been used in before.